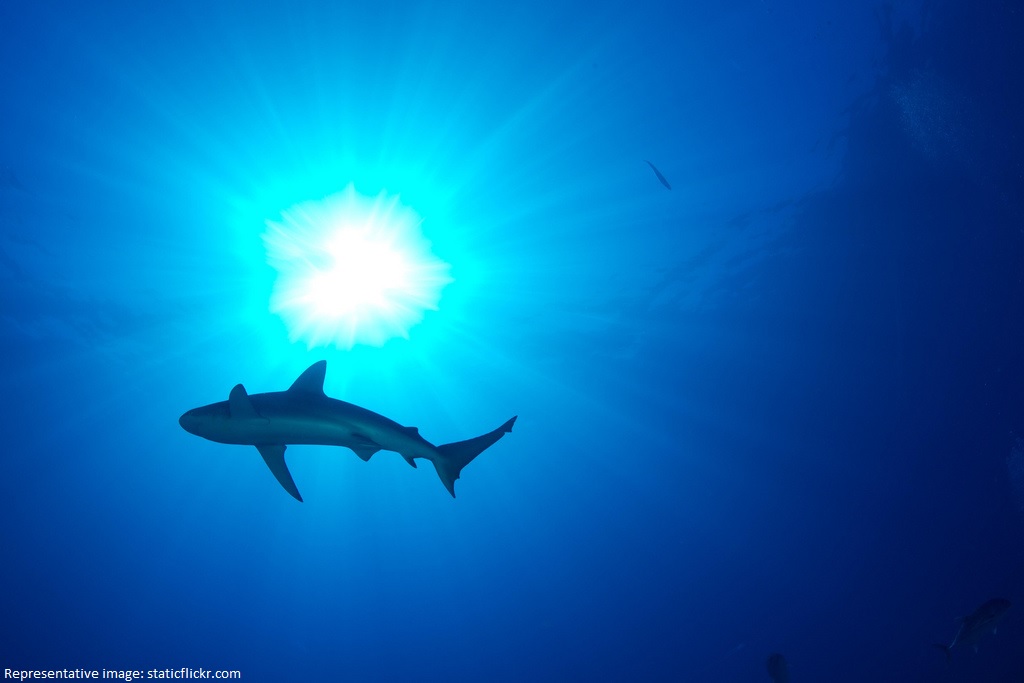 According to the Living Blue Planet Report released by WWF in 2015, around one in four species of sharks, rays, and skates is now considered to be “threatened”, primarily due to overfishing. With sharks and related species being one of the slowest reproducing of all vertebrates, these species are vulnerable to over exploitation. Globally, 14 July is observed as Shark Awareness Day to promote conservation of the species, a better understanding and to address some of the threats facing sharks in oceans across the world.

Sharks are impressive hunters and apex predators, their presence being an integral indicator of a healthy ecosystem. However, contrary to perceptions, these magnificent creatures are more threatened by people than we are by sharks. Out of the 450+ species of sharks, only a few have been known to attack humans and these attacks are very rare. Meanwhile, humans kill millions of sharks each year. 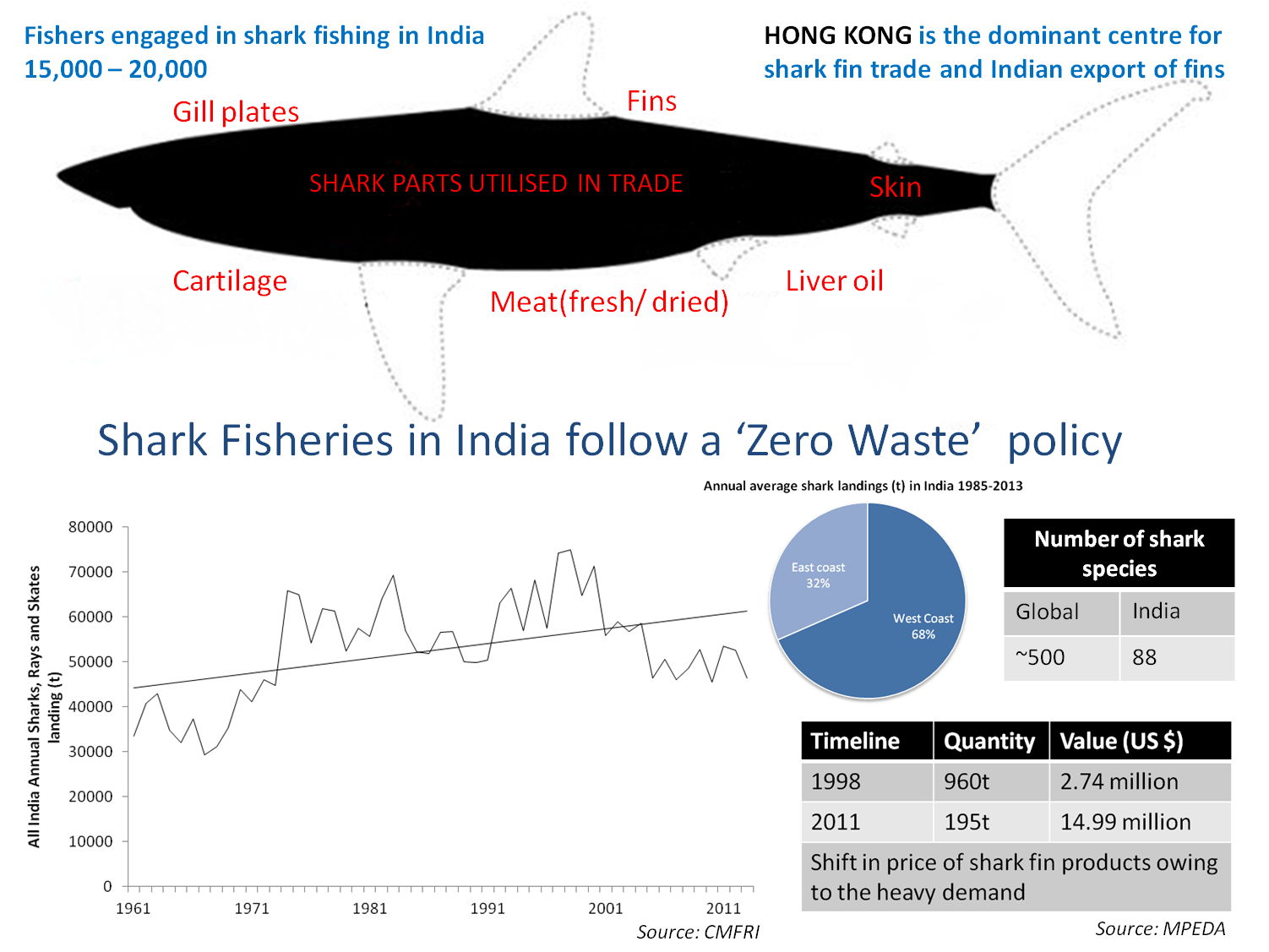 Shark species worldwide are dwindling under mounting fishing pressures. They are also often accidentally caught and killed in the course of fishing operations targeting other species. Given their slow growth, maturity and small brood, they are intrinsically vulnerable to overfishing.

The killing of sharks is on the rise for commercial purposes including local consumption of meat, fins for export (used in shark and rays fin soup) and industrial use of skin and cartilage. As a result, many species are being pushed to the brink of extinction. India ranks second only after Indonesia on the global list of shark fishing nations, highlighting the need to generate awareness about the conservation of these charismatic species and their importance in marine ecosystems.

Shark fishing in India has progressed from being ‘incidental’ to ‘targeted’ over the years. The transformation occurred only during the 1990s due to increasing demand in the international market which has caused serious concerns about the sustainability of these catches. Mechanized trawl nets, gills nets and line gear operations contribute to maximum exploitation.

Under the Wildlife Protection Act of India (1972), of the 88 shark species found in Indian waters, four have been listed as Protected under Schedule I of the WPA. Hunting, exploitation and trade of these species, namely, the whale shark (Rhincodon typus), the Pondicherry shark (Carcharhinus hemiodon), the Ganges shark (Glyphis gangeticus) and the speartooth shark (Glyphis glyphis), is banned. Furthermore, in an effort to promote sustainable shark fisheries and better monitor how many and what species were being caught, India announced a ban on the practice of shark finning by issuing the ‘Fins Naturally Attached’ policy requiring fishers to land sharks with their fins attached.

Globally, finning is a common practice of removal of shark fins for export purpose to nations, particularly China, for its use in soups and other delicacies. The remaining shark body is discarded into the sea. Unable to move effectively without their fins, most times these animals sink to the bottom of the ocean and die either through suffocation or attacked by other predators. 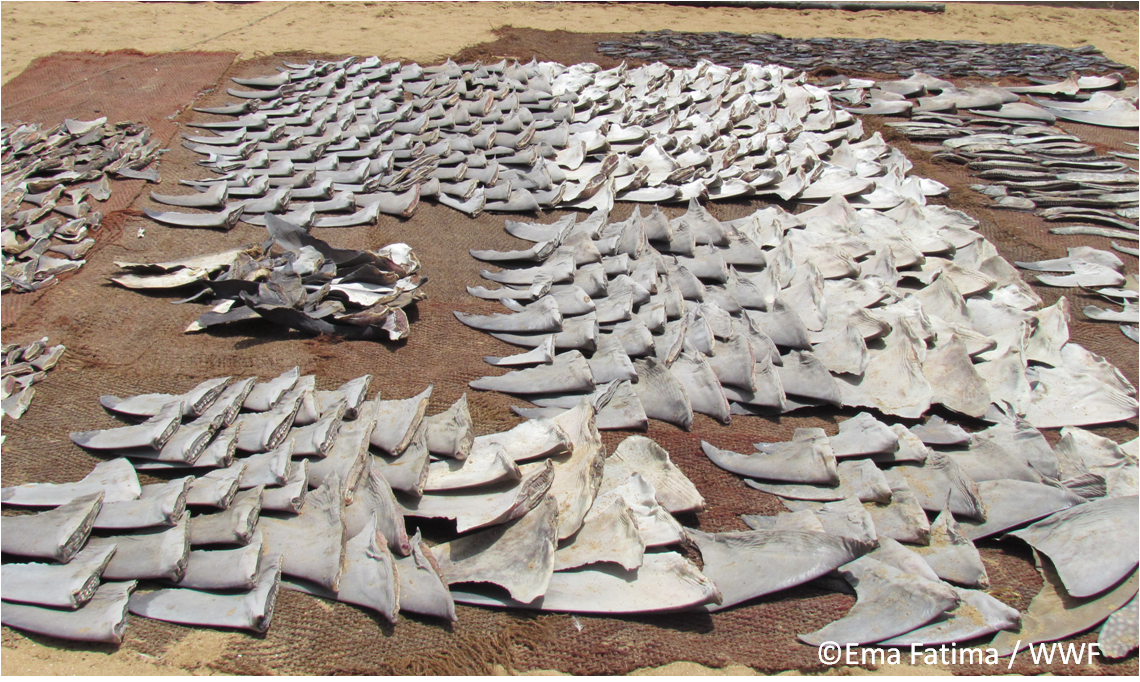 In India the shark fish is fully used and follows a ‘zero waste’ policy. Additionally, the Ministry of Commerce issued a notification in 2015 which bans the import and export of shark fins in India. The international trade in sharks is further regulated through CITES (Convention on International Trade in Endangered Species of Wild Flora and Fauna) to which India has been party since 1976. In 2013, four species of sharks found in Indian waters were listed in Appendix II of CITES. This highlights the need for strict regulation of commercial international trade in these species, requiring appropriate permits and documentation.

WWF-India aims to work towards the conservation, management and sustainability of shark fisheries in India through active multi-stakeholder participation and support. A scoping study has been initiated in one of the major shark trading centres in southern India, with plans to expand the scope of work to other major shark landing centres, to assess the status and extent of exploitation of different species in India’s shark fishery.  Socio-economic surveys are also being conducted to understand the impact from shark regulations in India, including the level of awareness amongst fishing communities about shark species, their conservation status, protection under wildlife laws and current fishing and trading practices.

For more such stories, visit www.gobarefoot.co

NAR-INDIA 8th Annual Convention to be held this weekend, to have a session on smart cities 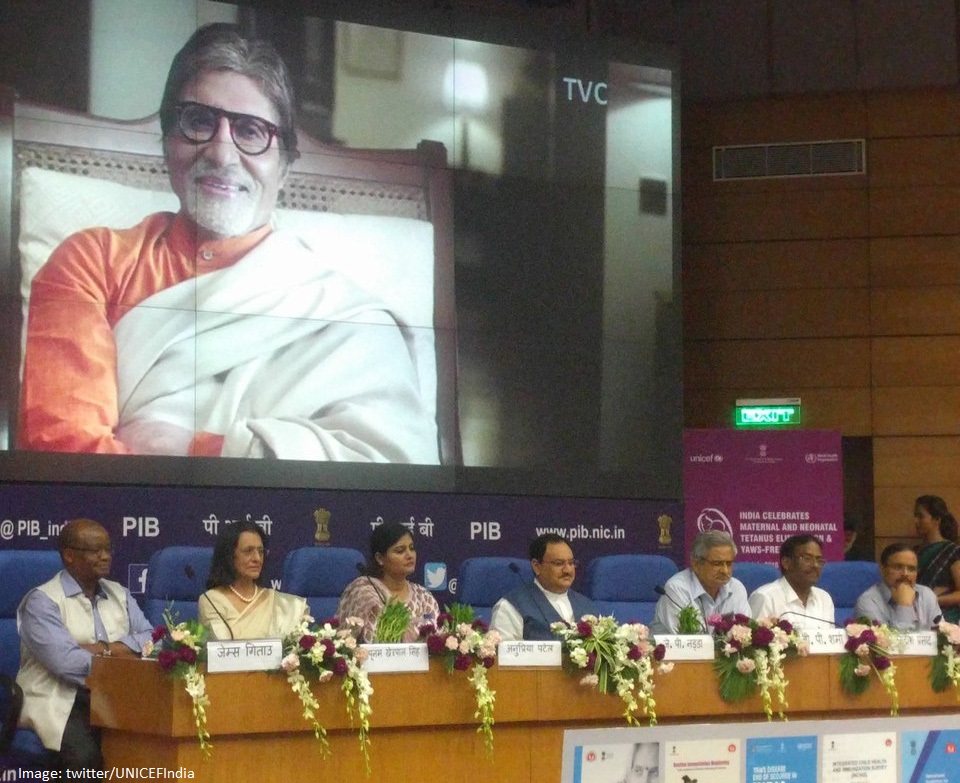