“It is too difficult to think nobly when one thinks only of earning a living”. And rightly so since the number of companies that have started contributing immensely towards the prevalent social issues has increased multi-fold. Consumers in the less fortunate areas are the one reason to create this drive among people and budding entrepreneurs. A poverty ridden country like India must focus on uplifting the less fortunate in order to make this country a better place to dwell in. 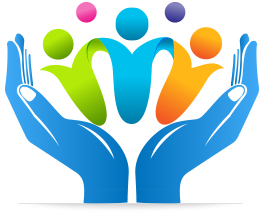 “Do your little bit of good where you are, it’s those little bits of good put together that overwhelm the world”. People who believe they can make a difference in the lives of the less fortunate take this aphorism quite seriously.

Majorly, setting up your business to tackle various societal issues, spreading awareness about the current scenario has become a major challenge which miscellaneous organizations aimed entirely at the betterment of society have taken up. The number of start-ups has also risen and are working relentlessly towards tackling the same. I firmly postulate that moral duty and happiness are directly proportionate to each other and inseparable.

“There is no ‘Them’. There are only facets of ‘Us’.” A common belief among people, which is absolutely veracious rightly states that poverty is not an accident. Drawn upon similar lines of social injustice like slavery and apartheid, it is an issue created by man, the solution to which also lies within willpower of man.

It has been reported that there exists a higher demand among the areas where the less fortunate reside and this is the primary driving force behind various organizations and their desire to set up offices in these areas, simply to meet these ever-increasing demands.

This is evidenced in the functioning of multinational firms like KPMG and PwC that greatly contribute towards the betterment of the society. Similarly, Standard Chartered Bank’s marathon can be seen as an apt example of corporate contribution towards the societal obligations. It is the corporate culture, nowadays, to contribute towards the society and accepting the fact that they are responsible for the same. Acceptance of the fact that volunteers do not have the time but the heart has taken long to seep into the CSR Arms of multinationals. However, now, they are beginning to be more open about the idea of flexible voluntary work.

Keep contributing and continue doing your bit. This is to uplift the less fortunate focus directed towards the development of this country. You might be poor, your shoes might be broken, but your mind is a palace.