GoBarefoot: Over 6.1 million children in India are out-of-school, around 10 million engaged in work, close to 3,500 die every day before reaching the age of 5, and almost 564 million defecate in open.

Bearing this in mind, UNICEF India has unveiled a ‘Fair Start’ film campaign that will focus on persisting inequities that large groups of children in India face, affecting their survival, growth, and development.

Speaking at the event, Chopra emphasised on every individual doing as much he/she can to help someone less privileged. “It is not possible to eradicate poverty overnight. We can’t bridge the gap between the rich and poor, so let’s not live in a delusional world. But we can make sure we act on our awareness to do something. Give your old books to someone who can’t afford them. Give them the respect they deserve of being an equal. It’s the little things we can do to bring change.”

However, giving each child a #FairStart was not the only issue for the day. The disparity between girls and boys is a growing concern in India. On an average 2.22 million girls marry early every year in India and 23% experience physical or sexual violence between 15-19 years of age.

“Give the girl child a chance! We need to change mindsets. It is important that we tap in on the potential of youngsters to bring this change. With over 30% of the population being under 30, if each one them is aware, they can take charge, empower others, and when they become parents, teach their children to treat everyone as an equal,” said Chopra.

Arsenault took Chopra’s point further and said, “We need to use education as the entry point to give every child a fair start. It is imperative to mobilise communities – in terms of political, caste, and religious leaders to frontline workers, parents, and children. An integrated approach can bring change.”

With over 100 school children present, the panel ended the event encouraging them to give each child a #FairStart and be sensitive about the disparities.

“Don’t bank on governments to bring change. If you can help one life, do it,” said Priyanka Chopra.

Poverty is hereditary and persistent in India 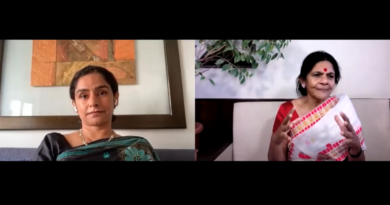