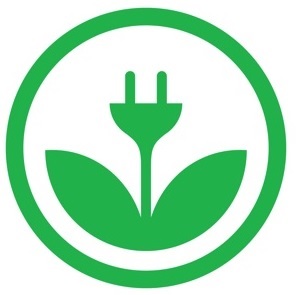 GoBarefoot: With growing realization and concern for environment, the focus on energy efficiency has increased. Manufacturing industries, being a major consumer of energy, have great potential to save energy through energy efficiency measures. Micro, Small and Medium Enterprise (MSME) sector, which is energy intensive, has emerged as a highly vibrant and dynamic sector of the Indian economy over the last five decades.

The energy consumed by MSME sector is 1.44 million tonnes of oil equivalent (mtoe) and contributes to 22% of GHGs emission. Thus, development and promotion of energy efficient technologies and practices can play a major role in combating carbon emission and contributing to sustainable development.

Government of India has taken initiatives towards greening of MSMEs. To augment the present status of MSMEs with regards to energy conservation and greening of their enterprises, present study entitled ‘A Study of Green Initiatives Adopted by MSME Sector in Energy Conservation’ was undertaken.

The study aimed at understanding policy initiatives toward greening of MSME sector, status of energy conservation adopted by enterprises, and awareness amongst employees of enterprises. The study also collated good practices followed by MSMEs. This study was carried out in 30 Metal and Chemical flatted factories, represented in equal number and operating in Okhla industrial estate of Delhi. Random sampling technique was followed to draw the sample. The owner along with four employees from each enterprise formed the sample of 150. Interviewed scheduled and checklist were the study tools.

The data collected was coded and analysed quantitatively and qualitatively.

Highlights of study are:

– The Government has taken various initiatives for greening of MSME sector like BEE SME programme, encouraging energy efficient project, and incentives for installation of solar water heating system. These programmes and schemes required proper documentation and took long time to materialise. Other challenges faced were lack of personal capital, support from financial institutions, training, infrastructure facility, and heavy fluctuations during the peak hours.

– 86.6% of the owners were aware about the concept of energy conservation and various methods for adopting the same. On the other hand, majority of the employees in enterprises were not aware about the concept of energy efficiency. Despite lack of awareness about energy conservation, they were still following practices like switching off lights, fans, and other appliances when not in use.

– The good practices followed by industries included recycling of waste and efforts to reduce waste. BEE star rated machinery had an alarm which automatically switched off the machine when overheated. Usage of CFL lamps and energy conserving practices like switching off fans, lights and other appliances when not in use.

Conclusion: This study has been helpful in providing clear direction towards the status of greening of MSMEs. The study concludes that despite initiatives taken by the Government towards greening of MSMEs not much progress has been observed. The need for effective and consumer friendly policy was highlighted. The study showcased clear scope for awareness generation and training among stakeholders of MSME sector towards making it green.

Relationship Manager at GoBarefoot, Isha did her graduation in Home Science from Delhi University, post graduation in Resource Management and Design Application, and holds a diploma certificate from UN Framework for Convention on Climate Change. Before joining GoBarefoot, Isha interned with Central Road and Research Institute, Department of Environment - Delhi Secretariat, and Indcare Trust. She is passionate about sustainable energy and has had two papers related to the environment published.