Education is the key to success. An old phrase but a weapon to eradicate poverty and issues like child marriage, sexual harassment and many more in country like India. From history to today education is the only technique to suppress many social evil issues which have deep rooted in our society. One is Child Marriage especially when it comes to girl education. 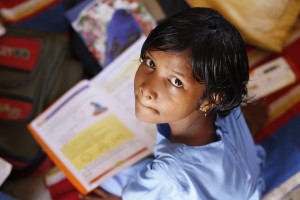 According to the census data, analysed by Child Rights and You, Mumbai based child rights nonprofit, the data revealed that Over 13 million adolescent girls between 10 and 19 years were married in 2011. In which about 3.8 million adolescent girls had children.According to National Family Health Survey 4, In 2015-2016, it was estimated that 4.5 million girls between the age of 15 and 16 years were married or had already become mothers.

Becoming child brides brings societal pressure, expectations and responsibilities to a girls child which eventually lose her focus from education and results to dropout of school.

This not ends here, child marriage brings lot of health problems for a girl, she is at the risk of various diseases, violence and other Sexually Transmitted Diseases (According to WHO).

There are many issues which were covered in this report, like:

According to CRY, Over the next seven years, India could save $5 billion (Rs 33,500 crore) in healthcare and related costs if it eliminates child marriage and early childbirth.