Skill India: Is Short training duration and absence of industry exposure the reason for poor outcomes of skill development programmes

The government has set aside over Rs 17,000 crore for skilling, employment generation and providing livelihood to millions of youth who enter the workforce every year, giving Skill India Mission—Prime Minister Narendra Modi’s pet project— a major leg up. At least 10 million young people enter the country’s workforce every year, but job creation in India has not kept pace with this influx, making rising unemployment a major challenge for the government.

But while outlays on skill development have been increasing, outcomes lag far behind. In order to understand why, one has to examine the issue from the perspective of stakeholders—job-seekers, employers and skills training organizations
Analysis of programmes indicates that the govt is placing too much importance on itself and training providers and too little on employers and students.
Job seekers undergoing skilling programmes are mostly from rural India. Under the existing government-funded programmes, they usually undergo short-duration (two-three month) training in sectors such as retail, hospitality, information technology-enabled service, construction, etc. With most well-paying jobs available in the cities, many get placed with urban employers such as retail stores, restaurant chains, housekeeping or domestic business process outsourcing firms in cities such as Bengaluru, Mumbai and Hyderabad. Even though pay is much better than what they can earn in the village, many end up leaving the job midway and going back to their village, because of alien conditions and lack of prior work exposure. This leaves employers frustrated and skills-training firms helpless. Such stories are to be found across the fledgling skill development sector in India.
Therefore, before spending more on similar schemes, we should critically examine the existing approach, and explore better alternatives.
Let’s revisit the issues for skill development in India: around 10 million youth enter the workforce every year, with poor education and negligible work skills; if they are unemployed due to lack of skills, massive social unrest could ensue. As against that, employers across sectors complain that a lack of skilled manpower impacts their growth (think of the risk to Make in India). This may seem like a problem for markets to solve, but in countries across the world, governments have had to intervene to fix it—due to what economists call a market failure. A skilled manpower base is a public good for a country and needs government intervention to be fulfilled.
To their credit, India’s central and state governments have made impressive efforts to tackle the problem. In 2008, the government setup an institutional framework with the
National Skill Development Corp. (NSDC) as the key operating agency. Through low-cost funding and other measures, NSDC has supported an impressive 187 private skills-training companies. Further, Union and state budgets steadily allocated increasing sums to skill development.
In short, in this crucial sector, you wouldn’t fault the government for a lack of effort, but outcomes remain poor: in far too many cases, both employers and job-seekers are unhappy. The issue is the approach. A vast majority of skill development programmes are structured in a similar manner: the government funds almost the entire training and incidental costs. Students may pay a token amount and the industry pays nothing. Typically, programmes entail just two-three months of classroom training (given limited budgets, governments aim to reach as many youth as possible) and have a minimum-placement clause of around 70% of students trained (since governments need tangible outcomes at the end of training). If placement targets aren’t met, training providers stand to lose money. To be fair, several skilling companies are trying promising alternative methods by engaging directly with employers, but the government-funded approach is the dominant one.
This approach has three implications.
One, given short training duration, and absence of industry exposure, training providers are unable to meaningfully improve the candidate’s skills. Hence employers see very little value-add in training, and essentially view training companies as manpower sourcing agencies. Naturally, they aren’t willing to offer higher pay to a trained candidate versus an untrained one.
Second, as students don’t see any immediate monetary gain in spending time or money attending a skills course they do not aspire for such courses or jobs.
Finally, given the placement requirement and limited budgets, training companies end up focusing more on so-called easier sectors—such as retail, hospitality, domestic business process outsourcing (BPO), etc., and less on critical sectors such as manufacturing and technical services.
More fundamentally, the government is placing too much responsibility on itself and training providers and too little on employers and students. It’s like offering a free lunch to employers and students which they don’t even want to have, since it’s uncooked. We need to overhaul the recipe and get employers and students to own up to its preparation.
This is the crucial difference between the Indian approach and the one used by the world’s most successful vocational training system—in Germany—in which employers fund the bulk of the programme’s cost through an apprenticeship-based system.
The German approach combines classroom instruction with practical training through a paid apprenticeship model. These are usually long-duration (two-three years) courses with a diploma or degree at the end of training, making it aspirational for participants. Lastly, all companies are incentivized or mandatorily asked to participate in the programme—so that even if a trained worker leaves one company for another, the industry as a whole doesn’t lose out. There have been attempts by the government in this direction, such as the National Employability Through Apprenticeship Program, but these are drops in the ocean compared to the vast sums being spent on conventional, fully-subsidized programmes. Looking at their suboptimal outcomes, it’s time we stopped spending on that flawed approach and comprehensively embraced the globally-proven apprenticeship-based training model.

About the author :(*Krishna Kant Jha has more than 25 years experience in the field of livelihood/employment generation programmes. He is a Management graduate from XISS and has worked in UNDP/NABARD/govt of Odisha/CARE and at present works for Ernst & Young LLP)

Netaji’s Vision on Role of Student Community in Nation Building 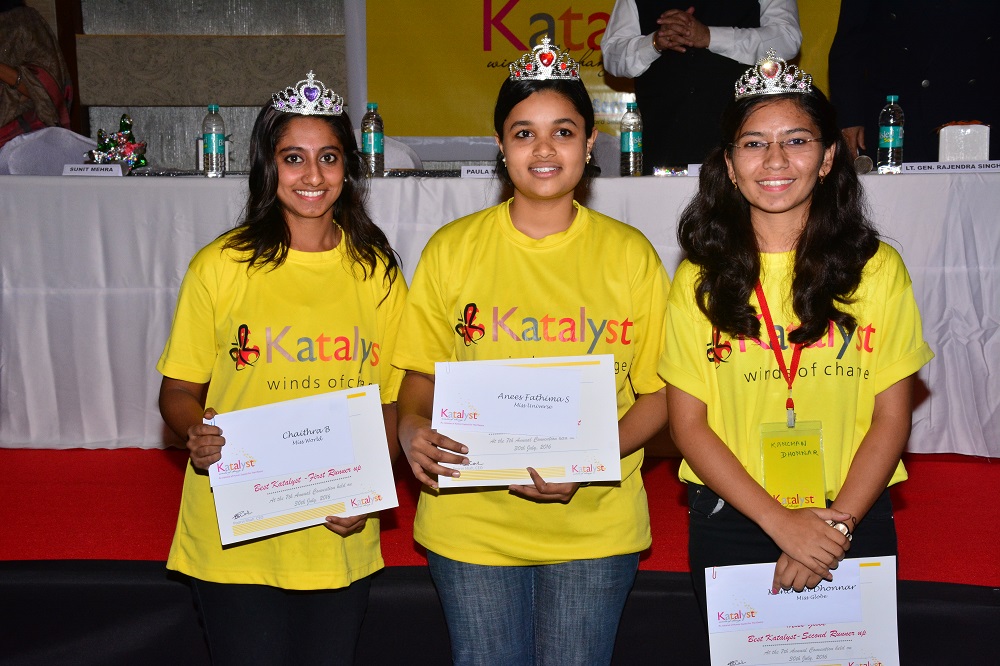 Katalyst awards its best at the 7th Annual Convention