Indian culture has been largely characterised by the ideas of Daana (Charity) and Sewa (Servitude). There exists a long history of voluntary work in India in areas such as cultural promotion, education, health and natural disaster relief. History stands testimony to the ideals of various leaders and their efforts towards social work. Social reformers like Mahatma Gandhi, Ishwar Chandra Vidyasagar, Raja Ram Mohan Roy, Rabindranath Tagore, Dayananda Saraswathy, Kesava Chandra Sen, Ram Krishna Paramhansa, Sayyed Ahmed Khan, Swami Vivekananda had focused their social action against the rigid social evils and practices like Sati, Child Marriage, prohibition of widow remarriage and other caste-directed practices. Nation-building and rural transformation and development owe much of their progress to voluntary and social work in India. Looking back at the history of Voluntarism in India, the roots of which lie majorly in the Constructive Work movement spearheaded by Mahatma Gandhi, social work also finds mention in ancient scriptures which then translated into charity and welfare-statism of early kingdoms. 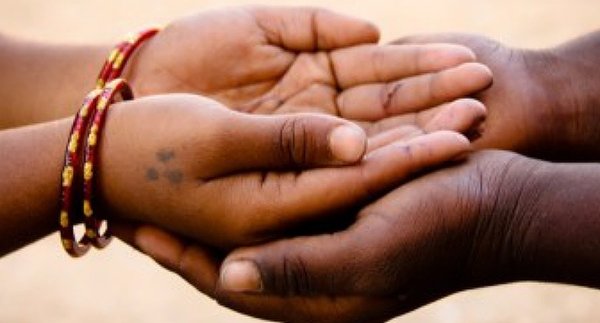 Voluntarism until the 20th Century

Charity, philanthropy and relief activities were widely accepted as social work outside the religious channels. Since most social work in earlier kingdoms was largely characterised by religious norms and confined to the ideals of religiosity, digging wells, tanks and planting trees were seen as activities taken up by communities and rulers as help extended to individuals in need. Religion was the major driving force behind all social work and much of it stemmed from the Dharma Shastras. An example of this is seen in the Maurya and Gupta empires where royal charities and ‘Dhana Dharma’ was a defining characteristic of the welfare-statism of early kingdoms.

While social sector was not distinctive in character yet, it saw the rise in number of workers and growing institutionalisation. India, largely an agro-based economy, benefited a lot from the introduction of modern western thought as it helped Indians understand the characteristics of the Human Rights charter, also a basis of our Constitution. Rise in literary, scientific and charitable organisations was witnessed after the passing of the Societies Registration Act of 1860. Growth in voluntarism in India attracted the Roman Catholic Missionaries in 1885 but their work was limited to education, health, medical assistance, relief and social welfare. It was only when Gandhi entered the political scene did Voluntary Movements gain momentum.

Gandhian ideas were based upon action by the self and movements such as village self-government (Panchayati Raj), self-sufficiency and Swadeshi movement defined him as the chief advocate of voluntary efforts. The process of networking different organisations began. All India Spinners Association in 1925, All India Village Industries Association in 1934 were only some of the examples. Behind their establishment was a larger idea of spreading voluntarism in the country through professions thereby increasing professionalism. The Bengal Famine of 1943 led to the launch of the Grow More Food Campaign which was the first largest nationwide relief program launched pre-independence to provide help and support to the victims of the famine. Next, the Refugee Rehabilitation Project of 1943 was a project launched for establishing a new township for the displaced persons from West Pakistan. Soon after, the Etawah Project of 1948 was launched by the Uttar Pradesh government in October, 1948  under the guidance and help by Albert Mayer, an American town planner and architect, known for his planning of the town of Chandigarh. This project was targeted at rural planning and development. With the growing number of programs launched at target/beneficiary groups, the voluntary work scene had changed multifold even before Voluntary Sector was launched as an official one.

Social welfare and development responsibility was mainly the job of the voluntary sector. However, after large scale centralisation of authority and adoption of regulated control, it shifted this responsibility to the government sector. The combined efforts of the social reform movements and Gandhian Constructive Work led to the nation-building and national reconstruction. To further develop on the idea of the self-help strategy, the National Extension Service(NES) was launched in October, 1953. “It was a major development in the sphere of rural reconstruction in India.  Since the basic idea underlying both the Community Development Program and National Extension Service programme was the same, the two were integrated under one agency at the Centre as well as in the states.  Both the programmes were complementary and interwoven and ran concurrently.  The idea behind the National Extension Service Programme was to cover the entire country within a period of about 10 years, that is to say, by 1960-61.” A sudden spurt of growth in the voluntary work was witnessed and not just by quantitative determiners but qualitative too. It was later found that “11% of all voluntary organisations were set up before 1951 and the rest, post-independence and planned development area.”

The National Community Development Program and the National Extension Service, together were overseen by a committee appointed by the Government of India in 1957. This committee, called the Balwant Ray Mehta Committee, headed by Shri Balwant Ray Mehta reported on the democratic decentralisation of voluntary efforts in development to enable promotion of local action for development. While ‘democratic decentralisation’ was only a part of the efforts, the government was recommended into adopting the Panchayati Raj system to promote rural action. As a part and extension of this idea, the Central Social Welfare Board(CSWB) was launched in 1953 to provide grant-in-aid and augment the Balwadi system for women and children in the rural sector.

Voluntary Sector has largely been the space through which ‘existential amelioration of victim groups’ is achieved. The political discourse of the country has defined the Voluntary Sector for the longest time until the Government of India felt the need to intervene and retain its socialist structure as mentioned in the Constitution, through contemporary forms of voluntarism like the People’s Action for `Development of India(PADI) in 1973 and Council for Advancement of Rural Technology(CART) in 1983 which was a pilot project to improve rural conditions through promotion of technology and supporting voluntary organizations. People’s Action for Development of India(PADI) and Council for Advancement of rural Technology(CART) merged into CAPART to aid voluntary organizations with issues like funding, professionalism aimed at more people participation.