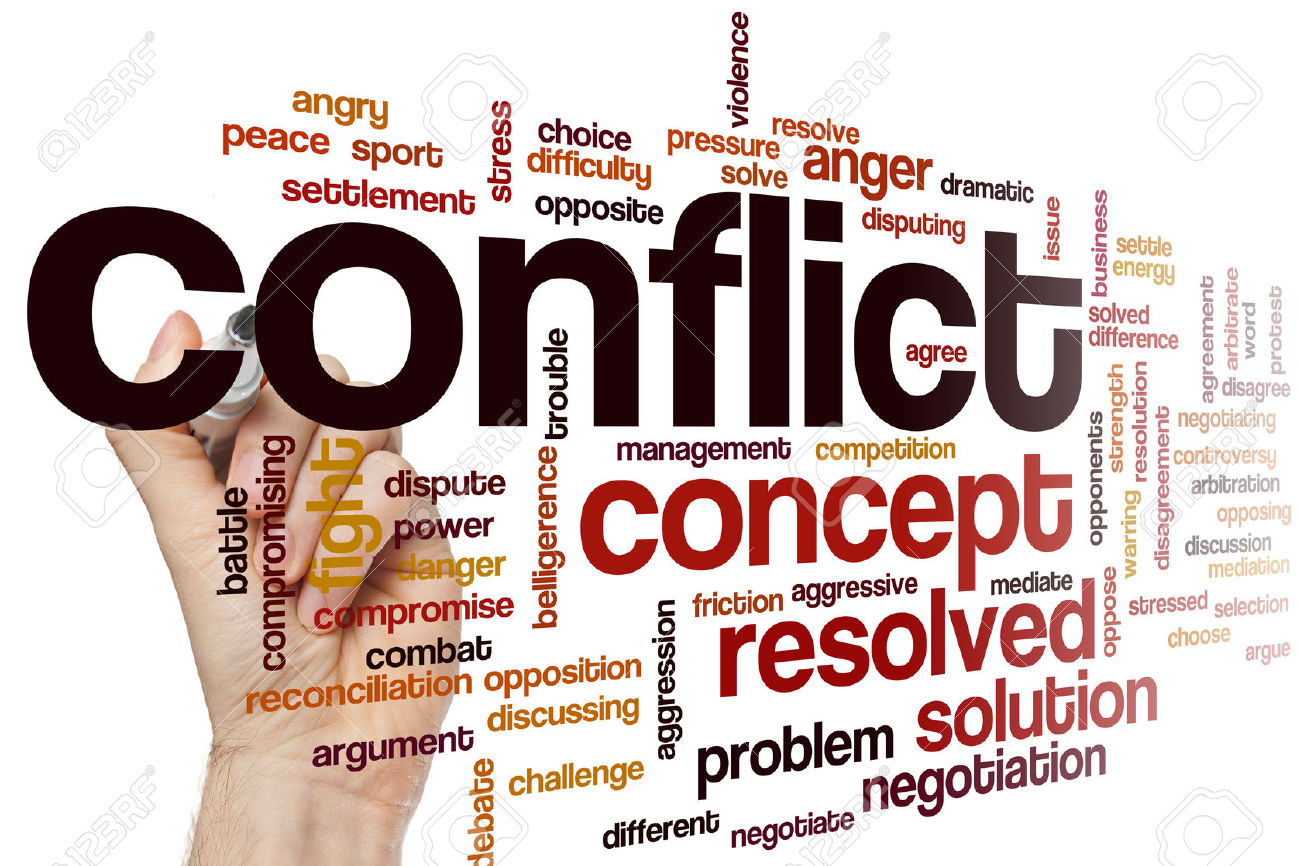 Conflict may be regarded as the agreement or hostility between individuals or grounds in the organization or in external environment. Conflict is not favorable but it happens only is part & parcel of human forces. It occurs in Political arena, in international affairs, in social work or service, in daily life what, however varies is intensify from case to case. An example of political conflicts is with regard to leftist and rightist approaches. In social work, conflicts occur for ideas like need based rights based. In evaluations of projects there are occurrences of conflicts. In dissemination of information, conflicts occur. While generating awareness among communities conflicts should be avoided. The curative methods should be adopted such as resolution actions. Conflicts also need to be avoided in interviews with key informants or in Focus group discussion. Conflicts should be avoided for the very morale of the team. Project objectives and goals, if are not given attention in advance. It is always better to jot down possible conflicts while working with communities and arrive at their solutions through team based brainstorming sessions. One should always remember for conflicts and their imminent resolutions that there is nothing good or bad in this world but only thinking makes it so, as the saying goes.

Conflicts can make or mar organizations and projects, social work with communities or even political ideologies hence should be carefully planned so that there are no clashes of ideas on conceptual framework and whatever happens in totality should happen for collective good of the communities and the nation. Conflicts can remain conflicts if concepts are not properly molded for practical aspects and policies are not fine-tuned for game changers. Conflicts of severe nature are not agreeable in civilized societies even in the wake of conceptual clarity. Concepts are bound to change with inventions, ideology so what is concept today may be garbage tomorrow and hence, conflicts should not occur because of rigid concepts of today. Change is the law of nature and human beings.

Not only air, noise pollution is also deadly in Delhi