The word ‘cosmopolitan’ has been used to describe a wide variety of important views in moral and socio-political philosophy.

Cosmopolitanism is the ideology that all human beings belong to a single community. A number of contemporary theorists propose, directly and indirectly, various ways of becoming a cosmopolitan individual. 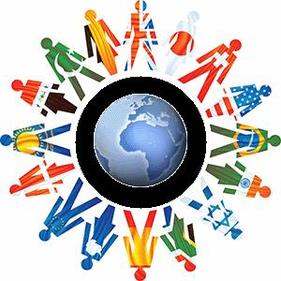 Cosmopolitanism represents a spirited challenge to more traditional views that focus on age-old attachments of people to a place, customs, and culture. Cosmopolitan citizenship emphasizes more on social bonds ultimately rising towards social harmony and keeping conflicts at bay.

Various cities and locales, past or present, have or are defined as “cosmopolitan”; that does not necessarily mean that all or most of their inhabitants consciously embrace the same philosophy. Rather, locales could be defined as “cosmopolitan” simply by the fact of being where people of various ethnic, cultural and background live in proximity and interact with each other.

Cosmopolitanism shares some aspects of universalism – namely the globally acceptable notion of human dignity that must be protected and enshrined in international law.

Cosmopolitan citizenship, in some contexts, may refer to a brand of ethics or political philosophy in which it is proposed that the core social, political, economic and environmental realities of the world today should be addressed at all levels—by individuals, society organizations, communities and nation states—through a global lens. It refers to a broad, culturally- and environmentally-inclusive worldview that accepts the fundamental interconnectedness of all things.

In the eighteenth century, the terms ‘cosmopolitanism’and ‘world citizenship’ were often used not as labels for determinate philosophical theories, but rather to indicate an attitude of open-mindedness and impartiality.

Cosmopolitanism slowly began to come to the fore again with the renewed study of more ancient texts, but during the humanist era cosmopolitanism still remained the exception. The more serious and philosophically interesting challenges to cosmopolitanism come in two main forms. The first calls into question the possibility of realizing the cosmopolitan ideal, while the second queries its desirability.

Not only do cosmopolitan theorists reject the conception of world politics as necessarily rooted in interstate conflict, they do not draw a distinct line between domestic and international politics. They argue that states are bound by rules, norms, and the imperatives of law. Relations between people are not always and everywhere subsumed by interstate conflict. Cosmopolitanism and liberalism both accept power as an important aspect of human existence but reject the idea that it is all-encompassing.

To sum up, a range of interesting and difficult philosophical issues is raised by the disputes between cosmopolitans of various stripes and their critics. As the world becomes a smaller place through increased social, political, and economic contacts, these disputes and the issues they raise will only become more pressing.