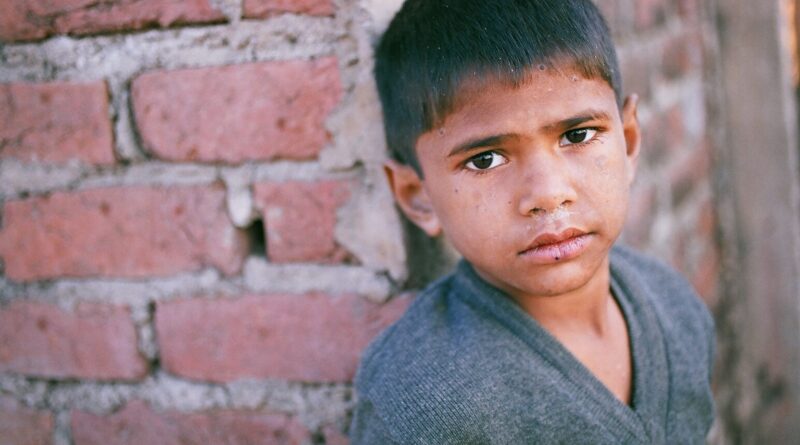 What comes to your mind when you think back to your childhood years? Many of us would immediately be taken back to warm memories made with our family and friends, fun times in school ( and the nerve-racking stress of exams ), innocence, figuring out our passions and so on.

However, for every one in 11 children in India, their childhood years are scarred with the desolance and inhumanity of child labor. According to recent studies, more than 10 million of India’s 300 million children in the 5-18 year age gap are subjected to some kind of exploitation. They work long hours in grim conditions, laying their dignity and right to education on the line for bare minimum wage. This perpetuates the vicious cycle of child poverty resulting in an onslaught of poverty trap.

While the system has failed to support such families where children are expected to work at such a young age instead of enjoying a healthy and nurturing childhood , the fight against child labor continues.

GoBarefoot stands in solidarity with the cause and has partnered with the Railway Children India offering help in actively protecting children from exploitative environments and ensuring they find their way back home to their families or a good support system.

Among the many touching stories of children taken under RCIs wing , this one is sure to warm your heart.
When RCI outreach workers saw four 16-year-old boys at Villupuram Railway Station in Tamil Nadu, they knew something was wrong. The children looked frightened and one of them seemed to be sporting a long scar. On speaking with the boys, the team came to know that they had been illegally employed in a food factory and been subjected to abuse and exploitation.  Having had enough, the boys decided to escape and return home via train and it was there at the station that they were found by the workers.

RCI ensured that the boys were well taken care of at their open shelter ( till they were reunited with their families ) and were compensated with INR 10,000 for each year of illegal employment the children had suffered. Appropriate legal action for unsolicited child labor was also taken against the factory owners.

The children are now paving their own way with one boy  learning to be tailor and the others  taking their vocational training through the District Child Protection Unit with support from RCI.

Child exploitation is a societal plague that India, unfortunately, has still not been able to get rid of but as the fight against child labor continues we can help lessen its severe consequences for the young victims.

GoBarefoot and RCI are in the process of conducting a campaign seeking funds to sponsor the education of children that have fallen victim to labor and poverty with the goal being to sponsor 500 children. Every ₹300 enrolls one child in school and every ₹500 provides one child with supplies required to continue their education journey.

Your charitable donations, sponsorships and volunteering can go a long way in helping create a protective educative environment for India’s neglected youth. You too, can change the course of a child in need. Donate for a child today! Join GoBarefoot and Railway Children India in this movement to protect children’s rights!

Read more about their cause and donate here.